Gritz takes a minute to show us an S mount armlock and then shares the video clip of him catching the same move in his last fight.

Hope you guys enjoy it.

This Saturday, May 21, three fighters from the MMA Lab competed at the Rage in the Cage 152.  It was a great night for the team as all three guys got first round stoppages and looked fantastic.

Kelly Oser, looking for his second win as an amateur, started with a great head kick and ended up finishing the fight with vicious ground and pound inside of one minute.

Gritz took a little longer, finishing his opponent at the 2:30 mark with and S-mount armlock that we had been drilling the whole week leading up to the fight.  This win raised Gritz’ record to an impressive 7 wins against only 1 defeat.  This is going to be a great year for Gritz.

Jamie didn’t waste any time as he landed a superman punch within the first two seconds and got a massive power slam KO at the 11 second mark of the very first round.  This was Jamie’s first fight in a year and it was an amazing finish to a great night for the MMA Lab Team.

We are so fortunate to have a team full of guys that are always ready to support their team mates and help them prepare for any fight; UFC main event or amateur debut.  You guys are the best!

Thanks to our family at the MMA Lab, without the support and love we receive from our home base we could not do what we do.

We hope you like the video, it is a little longer than usual because we had three fighters at the event and so much good stuff to show.  Thanks again, hope you enjoy the video!

This weekend at the Rage in the Cage, three of the Lab Elite will put it on the line; Chris Gruetzemacher, Kelly Oser, and Jamie Schmidt.  All three of these guys have been training hard getting both Ben and Efrain ready for their fights and now it is their turn to shine.  We are ready and excited to put on a show this weekend at the Wild Horse Pass Casino in Chandler.  Hope to see all of you there.

Conratulations to Robert as he becomes the newest member of the Blue Belt club at the MMA Lab.  Robert helps out at the Lab and is one of the good guys, we are very proud to have him in the family.

JCBJJ Featured Student of the Month: May 2011

For the first time, this month, we will be featuring a student that does not train at our home school, the MMA Lab.

Hopefully this will be the first of many features on students from other schools and places.  Thanks Danny, hope you guys enjoy the piece!

Yesterday was our Monday/Wednesday promotions, today the Tuesday/Thursday kids got their turn.  It was great to see the families excited to celebrate the achievements of the children in our Kid’s program. We are so thankful to have such wonderful families involved at the Lab! Congratulations guys, see you on the mat again soon! 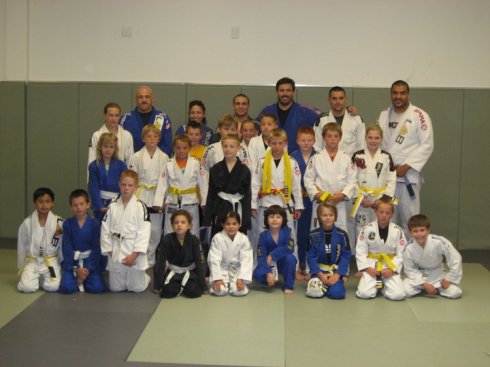 Kid’s Promotions Today and Tomorrow at the MMA Lab

We had a great day at the MMA Lab, promoting the kids in our Monday-Wednesday classes.  It’s always very rewarding to see our students and their families celebrate this kind of accomplishment together. A big thank you goes out to our kids instructors for doing such a great job, and thanks to all the kids and parents that participate in our programs, you truly make the MMA Lab a family!

Wow!  Going to be a great fight as our own Ben “Smooth” Henderson takes on Jim Miller in Milwaukee, WI on August 14.  Jim Miller is on a  7 fight win streak and is one of the great lightweights out there and Ben is a previous WEC title holder who burst on the scene in the UFC with a dominant win over Mark Bocek.  This has the earmarks of a great fight and we are excited to be part of it.

We would like to congratulate our 3 newest Blue Belts at the MMA Lab; Brad, Zach and Michael.  These guys have worked really hard and their  promotion is well deserved.

Congratulations guys, it is great to have you on our team!

From L to R: Brad Ordener, Zach, and Michael Yazzie-King

The fight was tough and close, “Morango” getting  the better in round 2 and Efrain clearly winning round 3.  It came down to a hotly contested first round and Fabricio came out on top.  We are so proud of Efrain and his great effort last night.  Beaten but never defeated, we will be back soon.  Check out the behind the scenes video we made and thank you for all your support.